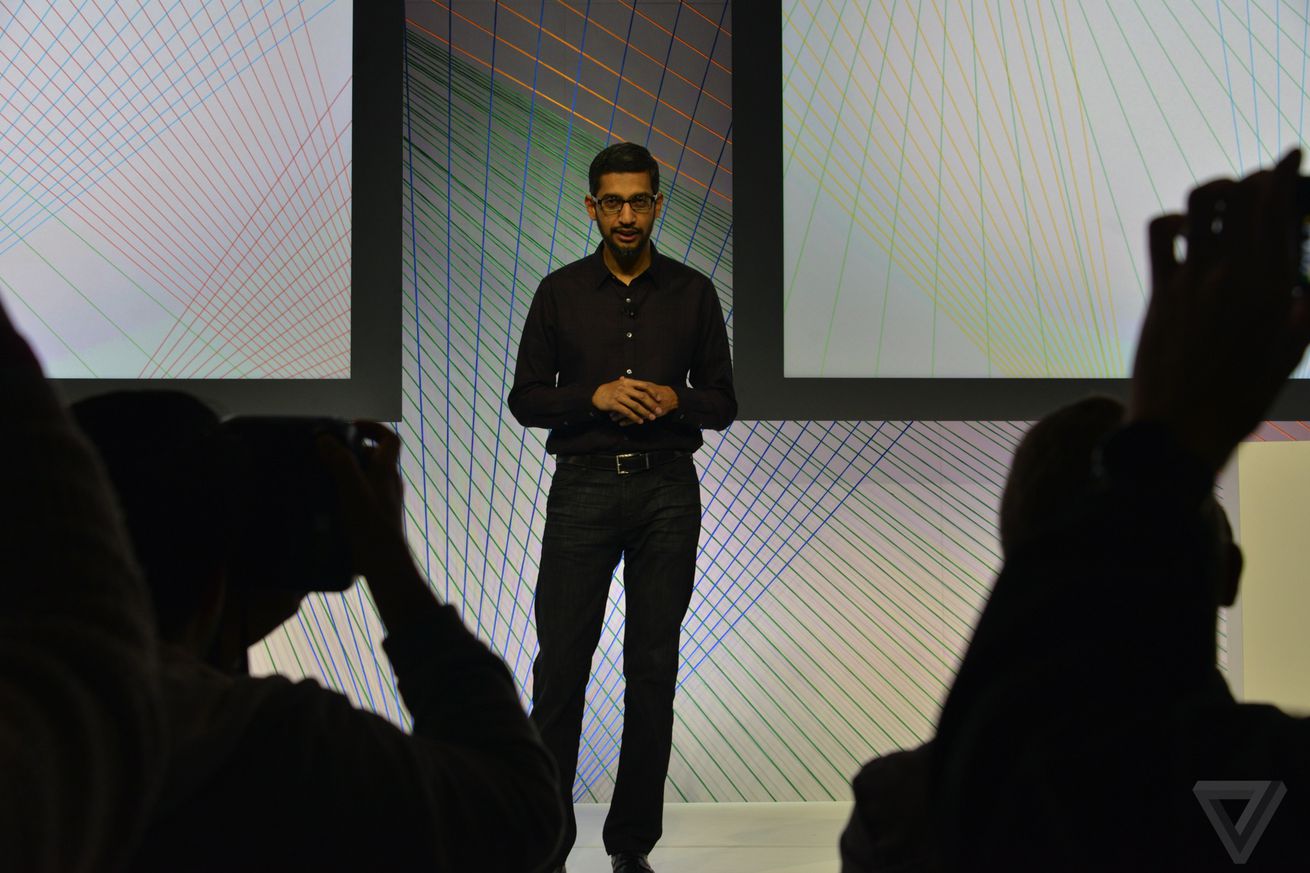 Alphabet, the holding company that houses Google and its many wild moonshots, reported its first quarter earnings today. The company has been trimming back on some of its crazier ventures, recently putting robot builder Boston Dynamics up for sale. The move to break out the earnings of the core Google business from its more risky projects — known as "Other Bets" — was also meant to ease investors concerns.

Even though it lost $802 million on its Other Bets this quarter, Alphabet continued to show double-digit growth in key financial metrics, with $20.25 billion in revenue and $5.35 billion in operating income. That's a growth of 17 percent and 20 percent on a year-over-year basis. Ruth Porat, Alphabet's chief financial officer, said on...

I'm actually disappointed in this. Google's moonshots ought to lose boatloads of cash before they pay off. Making money quickly is a sign they're not shooting high enough.
Denver 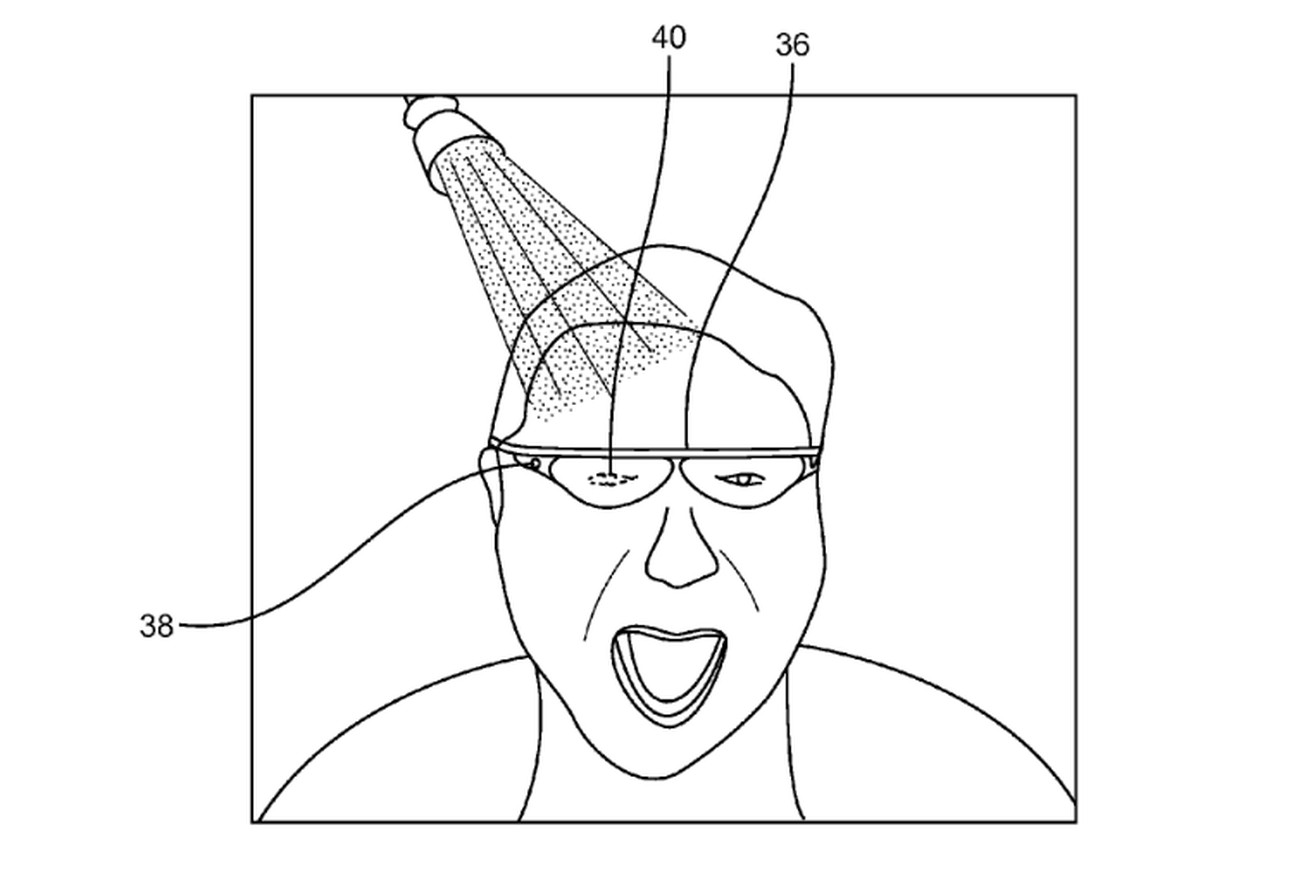 Magic Leap is already well-known for explaining its patent claims through weird, creative pictures that are often traced from existing photos and concept art. But its latest batch of USPTO publications feature perhaps the finest illustration to ever grace a patent application. In some images favorably comparing Magic Leap with old augmented reality systems like the famously controversial Google Glass, it commemorates one of the single weirdest bumps in Glass' grinding trainwreck of a life: tech evangelist Robert Scoble naked in the shower wearing his beloved headset. It may be rendered in the crude lines of a dollar-store coloring book, but there's no mistaking its similarity to the picture Scoble posted back in 2013.

The Rhythm Guitar is a really complicated way to not learn guitar by Jacob Kastrenakes
Tuesday April 19th, 2016 at 12:42 PM 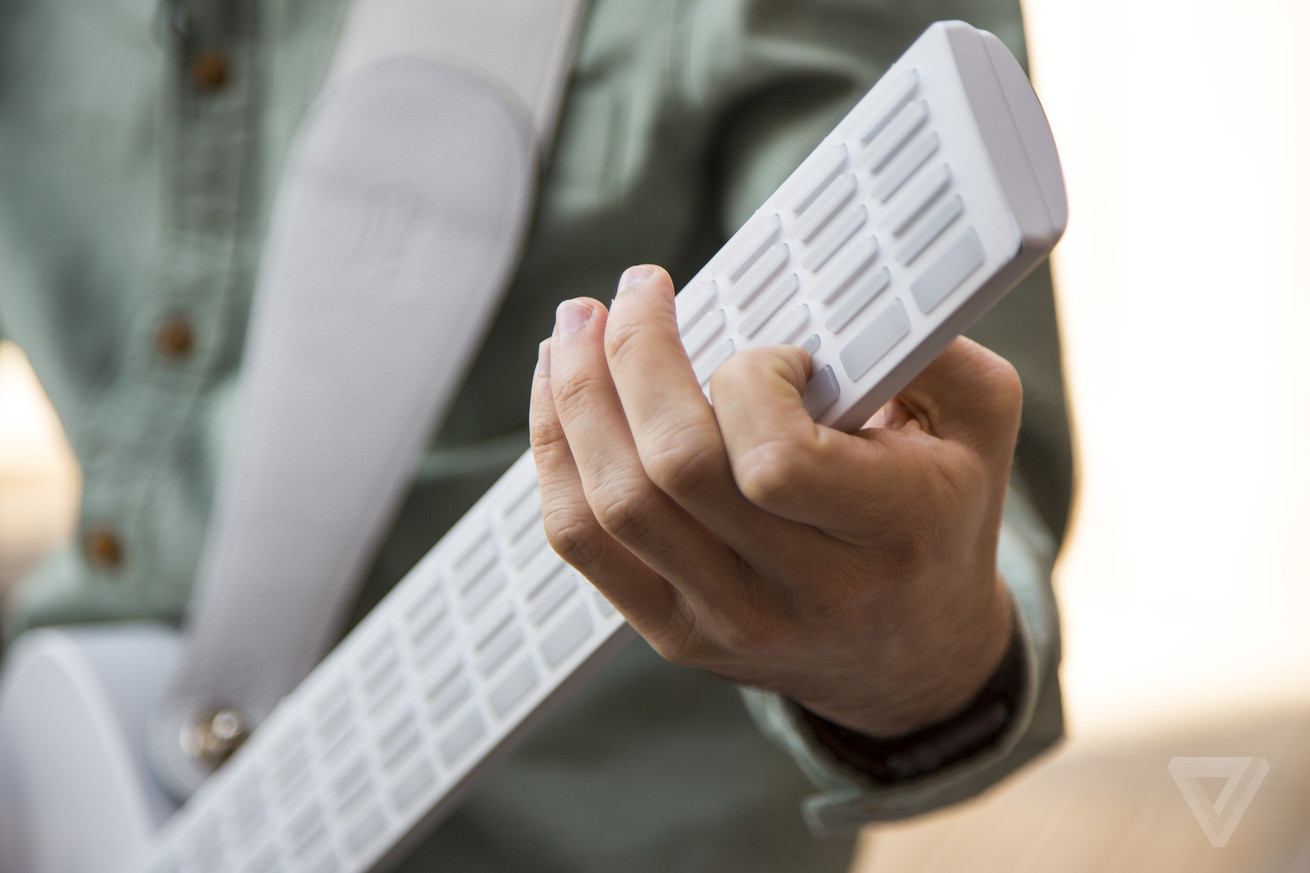 Even in 2016, there isn't a better way to learn guitar than sinking hundreds of hours and a few calloused fingers into it. So musician and sometimes-startup founder Brian Fan thought he'd make an instrument that’s easier to pick up.

The result is Magic Instruments' Rhythm Guitar. It's similar in shape and size to a hollow-body guitar, but with one huge difference: there are no strings along the fretboard, and every fret has been replaced with an oblong button. It looks very nerdy, but it's supposed to help you start playing almost immediately.

Rather than making you push down on three or five or six frets to form a chord, as you would on a traditional guitar, the Rhythm Guitar only ever requires you to push a single button at a time....

aaronwe
reply
This was called an authoharp 40 years ago. For me, a piano player, I find this tremendously appealing, as I've never been able to make my fingers play stringed instruments as well as they play keyed instruments.
Denver

reply
I fundamentally do not understand this
Madison, WI

This chip is bringing intelligent computer vision to the world of thermal cameras by Ben Popper
Tuesday April 19th, 2016 at 12:41 PM 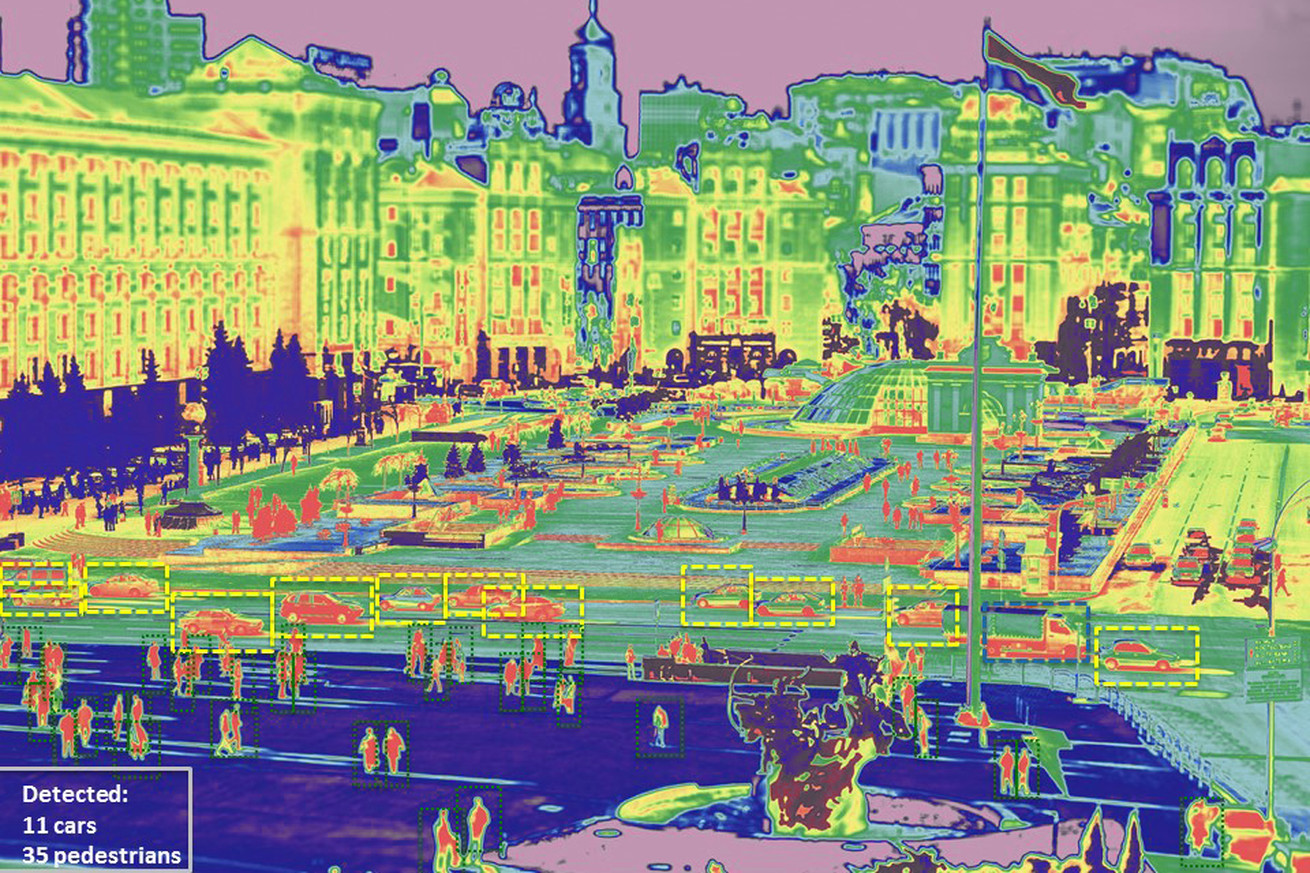 For several years car companies like Audi and BMW have incorporated thermal cameras powered by FLIR Systems, giving drivers the ability to enhance their night vision. Yesterday FLIR announced the next generation of its thermal imaging technology, the Boson camera core. It uses the Myriad 2 chip from Movidius, the vision-processing unit which powered the autonomous features and computer vision inside DJI's latest drone, the Phantom 4. This could allow the next generation of cars to have night vision that works alongside autonomous driving features, helping the vehicles make smart decisions about when to avoid obstacles.

"Compared the FLIR’s previous generation Tau 2, our revolutionary new Boson core is about a tenth the size, a fifth the...

One of the many reasons autonomous-only roads are inevitable. When every car can see in the dark, safe travel speeds go up dramatically.
Denver

If your Windows computer is running Apple's QuickTime media player, now would be a good time to uninstall it.

The Windows app hasn't received an update since January, and security researchers from Trend Micro said it won't receive any security fixes in the future. In a blog post published Thursday, the researchers went on to say they know of at least two reliable QuickTime vulnerabilities that threaten Windows users who still have the program installed.

Yet install on WIndows when installing iTunes. They need to open the sync service up and ditch the requirement for the crapware itunes
very large rock orbiting a sun

We believe that with rare exceptions consumers and businesses have a right to know when the government accesses their emails or records. Yet it’s becoming routine for the U.S. government to issue orders that require email providers to keep these types of legal demands secret. We believe that this goes too far and we are asking the courts to address the situation.

To be clear, we appreciate that there are times when secrecy around a government warrant is needed. This is the case, for example, when disclosure of the government’s warrant would create a real risk of harm to another individual or when disclosure would allow people to destroy evidence and thwart an investigation. But based on the many secrecy orders we have received, we question whether these orders are grounded in specific facts that truly demand secrecy. To the contrary, it appears that the issuance of secrecy orders has become too routine.

The urgency for action is clear and growing. Over the past 18 months, the U.S. government has required that we maintain secrecy regarding 2,576 legal demands, effectively silencing Microsoft from speaking to customers about warrants or other legal process seeking their data. Notably and even surprisingly, 1,752 of these secrecy orders, or 68 percent of the total, contained no fixed end date at all. This means that we effectively are prohibited forever from telling our customers that the government has obtained their data.

Kudos to Microsoft to taking a strong stance on this.

From the NYT story on the lawsuit:

In its suit, filed Thursday morning in Federal District Court in Seattle, Microsoft’s home turf, the company asserts that the gag order statute in the Electronic Communications Privacy Act of 1986 — as employed today by federal prosecutors and the courts — is unconstitutional.

Microsoft’s suit, unlike Apple’s fight with the Federal Bureau of Investigation over access to a locked iPhone, is not attached to a single case. Instead, it is intended to challenge the legal process regarding secrecy orders.

Apple, Facebook, and Amazon all need to join this.
Denver